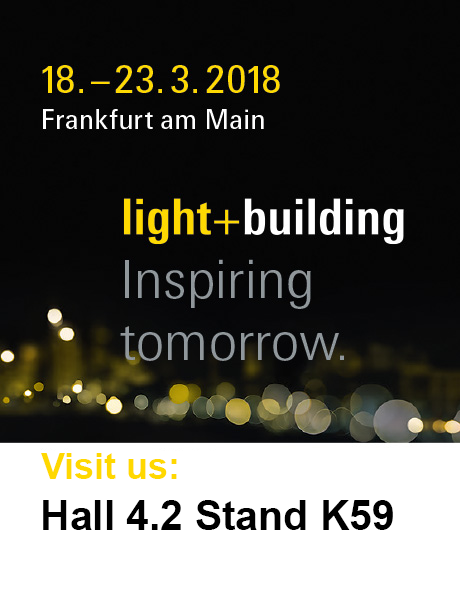 You are here: Home

BSM company began since the beginning of 2013 an active work on development and implementation in manufacturing a wide range of uminaries exclusively based on LED technology. This was facilitated by the experience in the last 10 years of manufacturing and echnological experience in working with aluminum and plastic parts. The company has already developed and implemented in production lighting in the following areas:

- Lighting of sport halls and spaces

The main policy of the company is to provide its customers with complete solutions and most energy efficient ones based on LED chnology.For two years we have invested more than 500,000 Euro for molds, machinery and technology for the production of LED lighting. Direction in recent years geared to the realization of more efficient lighting thanks to super rapid improvement in the performance of the LEDs of all groups low power, powerful, group, COB etc. Rapid growth record and the cooling technologies, improving cooling of the lamp. Last but not east we have to mention the reduction in the prices of the individual components for the production of luminaires, especially LED and driver.

We as a Bulgarian manufacturer manage to follow the levels of technological innovation. Characteristic is the tendency to follow all required standards set at European and global level.Highest energy efficiency can be achieved at home, in the light of the open spaces, streets and highways, in the industry.

Technological characteristics of the LED lamps are such that they allow much more efficient and targeted use of the emitted luminous flux, in particular the implementation of spatial diagrams, significant energy savings due to the use of electronic modules. Huge advantage is the

long life of the LEDs and highly reduced maintenance funds. Still a fault may indicate the sensitivity of the LED lamps to overheat, lightning and pollution. Price becomes more acceptable, which makes rapid return on investment.Manufacturers ensure quality of LED lamps by describing the technical parameters associated with a particular way multiannual guarantee, sometimes between 5 and 10 years.

Recently, low consumption LED lamps begin to compete halogen and fluorescent lighting. Although now LED is more expensive than saving electricity latest models are paid for about two years, after which the lights began to go out several times cheaper.

LED is a semiconductor crystal in which current can flow in only one direction and part of its energy is converted into light. It has a narrow band, i.e., always has a certain color, depending on the type of semiconductor. The maximum luminous intensity of the most powerful LED crystals is as normal bulb. However, producing lighting fixtures with many LED crystal light output as some of the lighting exceeds that of 1000-watt lamp filament, and their consumption does not exceed 80 to 90 watts.

LED light efficacy is greatest of all light sources. It is between 80 and 100 lm/W, while in the bulb lamps is 12-15 lm/W, while in the fluorescent - 50 lm/W. This, coupled with very little heating of the LED (as compared to bulb lamps, they are cold) determines the efficiency of between 25 and 35%. The overall result is to provide the desired beam intensity by 10 and sometimes more times less power consumption.

In street lighting difference is 2 to 5 times in favor of the LED lights, depending on the type of the standard light, but an average of 3 to 4 times.

LED lighting for shops is 2 to 4 times more efficient than standard halogen lights.

The lifetime of the LED is averaged 50,000 hours (about 6 years of continuous operation).

The end of which their light flow decreased by 30% compared to the original (practically imperceptible to the eye). There are available LEDs with lifetime even 100,000 hours. Only then began a marked decrease in intensity of the light, but without known from the bulb light suddenly burning. The lifetime of LED is incomparably greater than that of the bulb light (average 1,500 hours) and is the cause of LED luminaires to be regarded as ŌĆ£timeless.ŌĆØ For example, in continuous operation (24 hour mode), LED will be used for at least six years and bulbs should be changed every two months. The advantage increases when it comes to hard to reach places (lighting of facades, billboards) and those with responsible functions (traffic lights, lights, tunnels, warning lights on tall buildings, bridges, emergency lighting). Long term lets soldering in LED lighting instead of turning them as an ordinary lamp.

This avoids damage due to bad contacts, regardless of their causes.

LEDs are significantly more resistant to shocks and vibrations, as they have no fragile glass bubble or thin string to be short. While their little heat makes them suitable for places where you need to maintain a low temperature (refrigerators, freezers).

LED lighting does not emit ultraviolet light as fluorescent tubes or infrared rays, as in incandescent lamps. Furthermore, LEDŌĆÖs are environmentally friendly, as long as halogen lamps contain mercury.

With LED produce small, compact and easy to install lighting suitable for the popular and economical mood lighting. Widely used in luminaires with light focused on a relatively small area - table lamps, spots, freckles. For this purpose bulbs actually emit in all directions, requiring bulky reflectors and lenses, while the natural angle of emission of LED only in some cases requires small lenses.

Posted on 19 April 2016 in Blog by BSM ADMINISTRATOR

BSM took part in the biggest and most prestigious exhibition in the world of lighting... Read more

Posted on 02 July 2019 in Blog by BSM ADMINISTRATOR

BSM company began since the beginning of 2013 an active... Read more

Posted on 08 December 2014 in Blog by BSM ADMINISTRATOR

Posted on 18 March 2015 in Blog by BSM ADMINISTRATOR

BSM LTD is moved to a new adress

Posted on 19 April 2016 in Blog by BSM ADMINISTRATOR

BSM took part in the biggest and most prestigious exhibition... Read more

BSM Ltd has been presented successfully at Ligth and Building... Read more